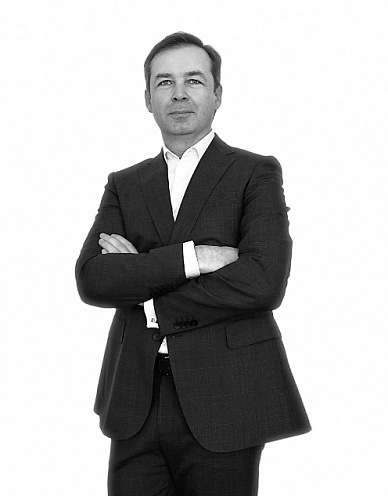 In 1999 he graduated from the Moscow State University of Civil Engineering with a degree in Heat and Gas Supply and Ventilation. In 2010 he received a Master of Business Administration degree.

Alexander Vorozhbitov has more than 20 years of professional experience. Alexander began his career as a design engineer for heating, ventilation and air conditioning systems for the Moscow branch of the British company Waterman International. For several years he worked as a chief specialist in the design department of a construction company, later returned to the Moscow branch of Waterman International, where, along with the role of chief specialist, he also served as project coordinator. In 2005, Alexander created and headed the Metropolis company.

Over the years of practice, Alexander learned and mastered the best domestic and foreign methods and technologies for the development of project documentation and personnel management. Among the projects implemented with his direct participation are multifunctional complexes, high-rise and unique buildings, residential complexes, hotels, shopping and entertainment centers, sports facilities located in Moscow, Sochi, Krasnodar, Minsk and other cities.

2018 - entered the «Top-250. Top Leaders of Russia» rating, organized by the Kommersant publishing house. Alexander took 5th place in the Rating in the direction of "Construction".

2017 - for his great contribution to the development of the construction industry he was awarded the title of "Honorary Builder of Moscow".