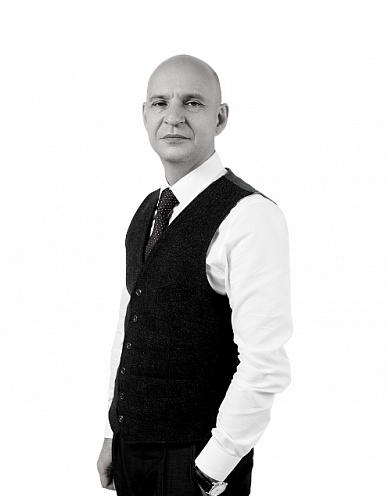 In 1993 he graduated from the Tashkent Institute of Transport Engineers with a degree in Industrial and Civil Construction.

Since 1993, for 10 years he worked in design and consulting companies in Tashkent, and in 2003 he moved to Moscow, where he headed the design group in the Moscow office of the Swiss company Indeco Engineering AG. Since 2005, Alexander has been holding the position of Chief Engineer at Metropolis.

Over the years of work at civil and industrial construction sites, Alexander has gained extensive experience as a designer and manager. He participated in the design of industrial and civil structures, in particular, hydroelectric and thermal power plants in Uzbekistan, Nestlé plants in Timashevsk and Kaluga. With his participation, projects of multifunctional and office complexes, residential buildings, hotels, medical institutions, sports facilities, social and cultural buildings have been implemented.

Also, Alexander is the author of articles and expert comments in business and industry publications.

2020 - Alexander received letters of thanks from the Minister of Construction and Infrastructure Development of the Sverdlovsk Region for his significant contribution to the organization and conduct of the business program of the VII International Forum 100+ TechnoBuild.

2019 - awarded the status of "Professional Engineer of Russia" according to the results of the All-Russian competition "Engineer of the Year" in the category "Construction and Construction Industry".

2017 - for his contribution to the successful implementation of the reconstruction project of the Luzhniki Big Sports Arena, Alexander was awarded the Certificate of Honor by the Department of Urban Development Policy of Moscow.