Increasingly, in modern residential building projects, developers provide space for organizing so-called neighborhood clubs or family centers - places where residents of a building can spend time together. Residential complexes with original internal infrastructure are implemented, as a rule, in the elite segment, where the level of maintenance payments will not be burdensome for the residents of the building. The presence of swimming pools, gyms, spa areas, winter gardens provides residents with additional costs, which on average vary in the range of 150-200 rubles per square meter per month.

The saturation of the infrastructure of new residential complexes is gaining momentum. The houses are designed with swimming pools or open cinemas, coworking spaces, playgrounds with heated surfaces, greenhouses or outdoor recreation areas with abundant landscaping are being built. Shakhban Kurbanov, Chief Project Engineer of Metropolis, gave comments to Kommersant on the creation of additional infrastructure in residential complexes.

Olga Trosheva, Head of the Petersburg Real Estate consulting center, says: “Currently, there are projects in St. Petersburg and the suburban area of ​​the Leningrad Region that stand out among others by the presence of additional premises of various profiles in the so-called public spaces or a neighbor's club. Such objects belong not only to high-price segments, but also to comfort-class houses ”. For example, some projects include neighborhood centers and hobby rooms. There are residential complexes with saunas and a fitness area, with their own spa complex and a swimming pool. In some projects, walkways in the courtyards, terraces with sun loungers for relaxation and free Wi-Fi zones are announced. There are projects with children's playrooms, neighborhood gazebos, observation decks, yoga rooms. For example, in the Panorama Park Sosnovka project (Setl Group), already in the first stage, the developer will create a children's club - a separate, fully equipped room, which will later be transferred to the balance of the management company. It will be possible to play in it, organize a culinary club, a film screening, a meeting or celebrate a birthday. Olga Trosheva recalls that the market has apartments with a cinema, a cigar room, a coworking space, a party lobby, a lecture hall, a fitness club, and a conference room.

Oksana Kravtsova, General Director of Eurostroy group of companies, is confident that public spaces in residential complexes are appreciated by buyers in any segment of real estate and always give the object additional competitive advantages. Such spaces began to develop actively about ten years ago, when developers and buyers realized that the concept of "home" is not limited to an apartment, but includes courtyards, halls and surroundings - everything that residents of the complex come into contact with every day.


Irina Dobrokhotova, Chairman of the Board of Best-Novostroy, agrees with the opinion that the unusual infrastructure, intended only for use by apartment owners, is created mainly in projects of the upper price segment. “These features include wellness centers, swimming pools, club rooms, one of the complexes even has its own yacht club and a helipad. For example, in the Futurist residential complex in Baskov Pereulok, within the framework of its own infrastructure, a public space with exhibition facilities, lecture areas and art objects is provided”, she lists. The expert adds that the Hovard Palace club house provides a wellness center with a 25-meter swimming pool, the Imperial Yacht Club residence complex also has its own wellness center with an area of ​​over 1,500 square meters with a swimming pool, a gym and a spa area.

However, not all experts agree that public spaces are needed in all segments of housing. “If we talk about the mass market and comfort class, then the unusual infrastructure, unless it is family centers or small joint spaces, is redundant. There is no need for a pool or a gym just for residents - they can choose the gym they like, for example, next to work. And if there really is a need, then the tenant who bought the commercial space in the house will do it. The same applies to the rest - cafes, coworking spaces, and so on. There is no need to create infrastructure in the house and delegate its maintenance on all tenants, it will only harm", - says Roman Miroshnikov, executive director of "Oykumena" company.


“Such things work only in elite houses, and not even always. The cost of maintenance is too high, not all tenants use it, and it is impossible to make this infrastructure open to external visitors. Therefore, even in elite houses, they are now limited to small public spaces - like a cigar room, a small meeting room where you can talk to a visitor without going up to the apartment, ”- agrees with his colleague Vladimir Gavrilchuk, General Director of "Adveks. Real Estate" Group.

In order for public spaces to be in demand, the developer must rely primarily on the target audience of the project and the specifics of the location. “For example, in the elite complex Privilegia on Krestovsky Island, we have landscaped the Malaya Nevka embankment, as well as equipped modern berths for yachts and boats. Also in Privilegia a spacious two-level lobby has been created, which is a kind of buffer zone between the living space and the street. There is a bar with author's cuisine, live music and a summer terrace, a cigar club with international status, and a round-the-clock service providing a wide range of services”, Oksana Kravtsova lists.


Svetlana Moskovchenko, Head of Research, Knight Frank St. Petersburg, says: "In the Family Loft business class project, it is planned to organize a public space on the roof of the building, where you can relax, play sports or hold an event". She notes that parking lots, lobbies and a concierge service, as well as a storage space are among the most popular types of internal infrastructure in luxury residential complexes. The most unclaimed types of internal infrastructure are a winter garden, a billiard room, a cigar room, and a spa complex. 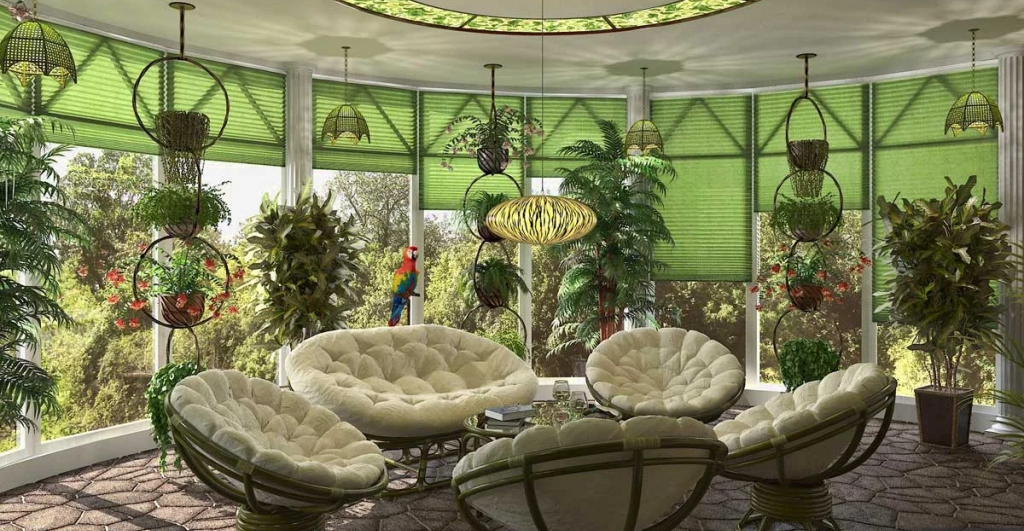 Of course, the creation of additional infrastructure affects the cost of apartments, because the design of such an infrastructure requires non-standard solutions. Buyers also often have a question about how such zones will affect the payment for living in such residential complexes. Shakhban Kurbanov says the impact on operating costs is minimal. “Even at the design stage, developers make sure that such locations have their own operators. For example, well-known fitness clubs organize their own sports zones in premium residential complexes. For them, this is a way to advertise themselves and increase brand awareness, and for a developer, it is an opportunity to increase the uniqueness of their project and, as a result, demand. This symbiosis of developers and operators also influences the design field, with unique solutions emerging and new technologies being used. If earlier the market for designing residential complexes was a niche of standard solutions, now it is being transformed into an absolutely creative area”, the expert says.

Of course, all these options cost money, and a lot at that. Their price depends primarily on the cost of maintaining the infrastructure facility, the cost of personnel serving these facilities, and other details. Also, the price depends on the number of apartments (owners), between which the payment is distributed. “For example, if there are 100 or more apartments in a complex, then the maintenance of a children's corner or a spa complex will not significantly affect the cost of payments for residents. However, if the object is a club house for 10–20 lots, then any infrastructural load will be noticeable. For example, in the complex of residences "Imperial Yacht Club" operating costs are 210 rubles per square meter, while in the larger Hovard Palace - 158 rubles".