Rublevo-Arkhangelskoye is a new growth point for Moscow and the Moscow region. Here a city is being built from scratch, which is maximally adapted for efficient work, harmonious life, active or measured rest.


The project involves the development of one of the largest territories in the west of Moscow: 460 hectares of building area, 4 million m 2 of the proposed building, about 66,500 residents - Rublevo-Arkhangelskoye in the Zakharkovskaya floodplain.

The Smart City concept assumes high-tech solutions and the role of a common technological platform for uniting citizens; as well as attention to ecology. The city is characterized as adapted for efficient work, harmonious life, active or measured rest. 800 thousand m2 of offices, 2.6 million m2 of housing are planned, of which the overwhelming majority - about 90% of the total number, in apartment buildings, with 53% being dominated by the elite business class, 37% by the comfort class, and finally, a little less than 10% is allocated to low-rise residential buildings - it will be located closer to the border of the Arkhangelskoye estate, where it is impossible to build higher.


According to the regulations, 8 schools, 15 kindergartens and 2 polyclinics, one fire station and a police station are planned; 64 890 m 2 hotels, 196 840 m 2 retail, as well as a shopping and entertainment center with an area of 132,000 m 2 . The project involves the development of one of the largest territories in the west of Moscow: 460 hectares of building area, 4 million m 2 of the proposed building, about 66,500 residents - Rublevo-Arkhangelskoye in the Zakharkovskaya floodplain. 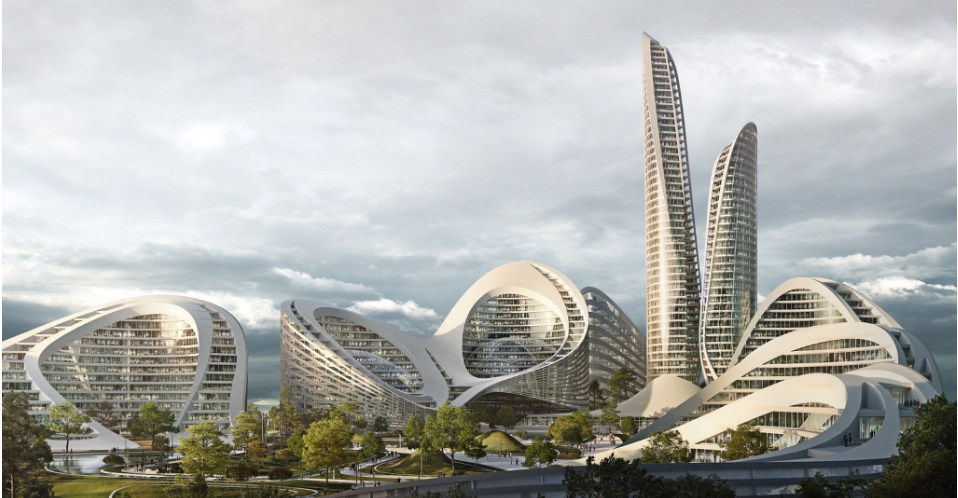 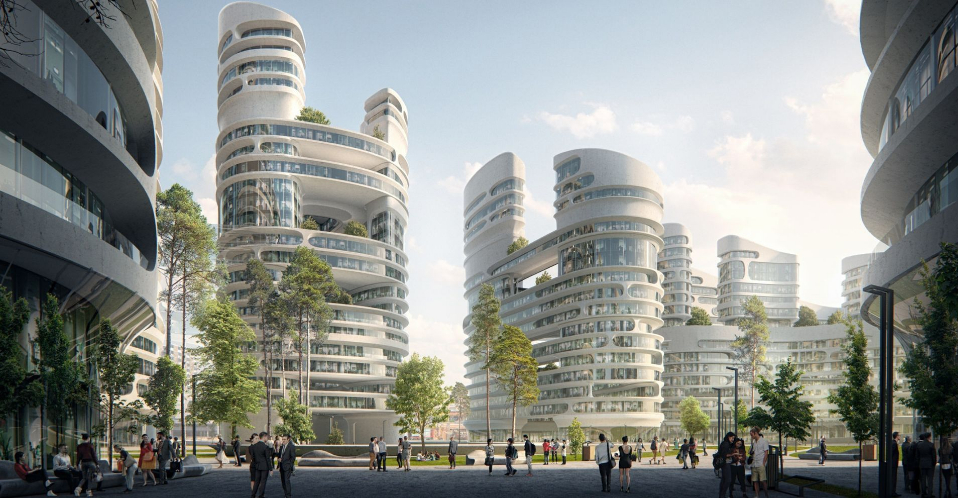 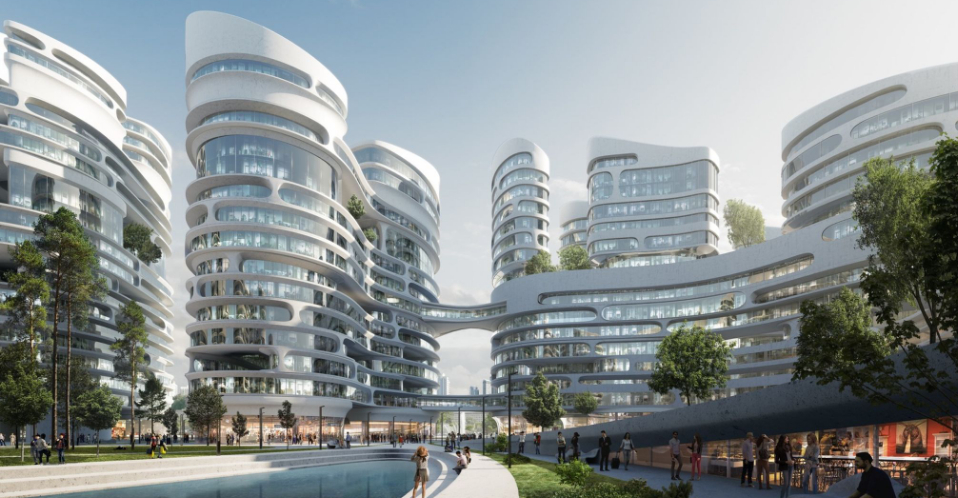 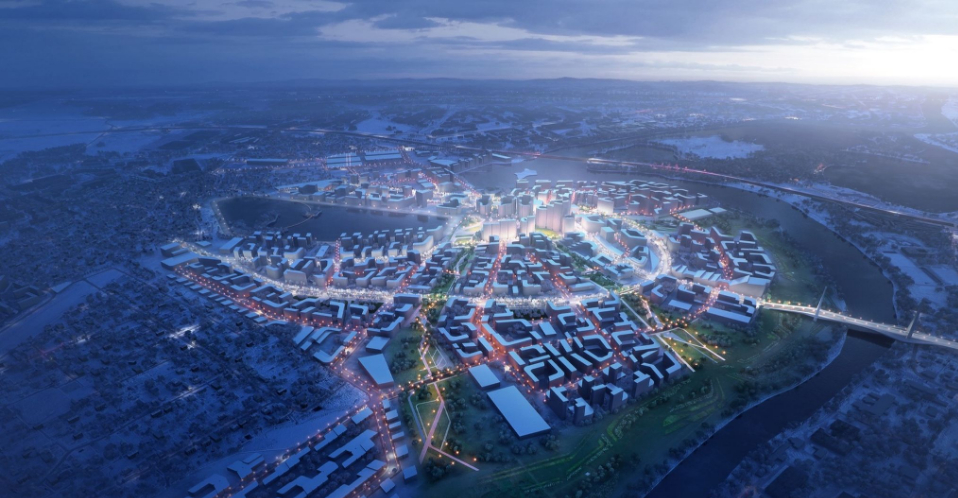 The parks should occupy a third of the territory, plus 7 km of the green embankment of the Moskva River, a lake with an area of 30 hectares. Yards without cars, 30 km of bike paths.


The Rublevo-Arkhangelskaya metro line, 19 km long, will come here, which is planned to be built jointly with Sberbank from the Shelepikha station, connecting Smart City with Moscow City.


The implementation of the Smart City project is planned in four phases, with construction starting in 2021 and completion in 2030.


The project envisions several “cores” of the territory, each with its own specialization of additional public spaces: “art residence (cultural core), laboratory of urban solutions (intellectual core), year-round public spaces (spatial core). This concept differs from other projects because it is not about "pure architecture" and it all starts with people.


The architectural concept of Zaha Hadid Architects envisages the construction of two skyscrapers, which are included in the world skyscraper database The Scyscraper Center: Tower 1 и Tower 2.


Figures and facts
Scope of work
Other projects