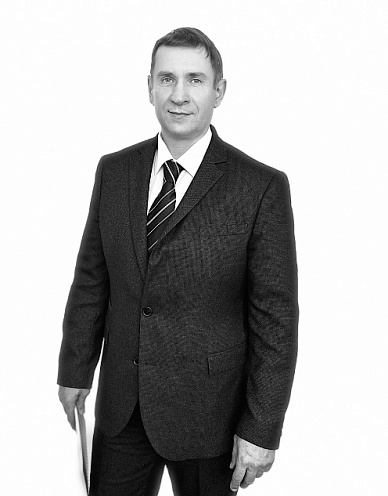 In 1990 he graduated from the Moscow Higher Technical School. N.E. Bauman with a degree in Design and Production of Radio Equipment.

Oleg Baranov has over 30 years of professional experience. Starting his career in 1990, he worked at the Rubin Moscow Television Plant, where he worked his way up from an engineer to the head of a sector at the Rubin Moscow Experimental Design Bureau. He continued his professional career, working in Russian and international companies such as Telekhran, Skanska Olson and the Moscow branch of Waterman International. Since 2005, Oleg has been the Deputy General Director of Metropolis.

Over the years of his career, Oleg has accumulated extensive experience in the development of engineering systems, project coordination and personnel management. He took an active part in the implementation of many projects, including such iconic objects as the Main Media Center in Sochi, the Atrium shopping and entertainment center, VTB Arena - Dynamo Central Stadium named after Lev Yashin in Moscow and others.