stroi.mos.ru, 8 September 2022
Healthy Moscow: what medical facilities are being built in the capital

On August 22, the portal stroi.mos.ru published an article about key healthcare facilities under construction in Moscow. Moscow Mayor Sergey Sobyanin, Andrey Bochkarev, Deputy Mayor of Moscow in the Moscow City Government for Urban Planning Policy and Construction, Rafik Zagrutdinov, Head of the Moscow City Construction Department, and Dmitry Vishnyakov, Senior Project Manager of Metropolis, provided their comments for the article.


Since 2011, about 100 city, federal and private healthcare facilities have been opened in the capital. And 2022 promises to be a record year for the number of medical facilities introduced. 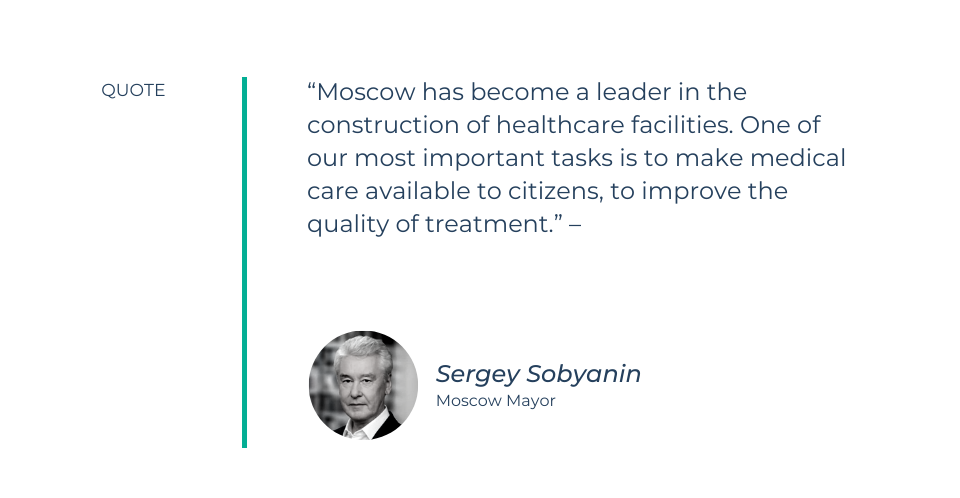 One of the largest facilities under construction is the Medical and Diagnostic Complex of the Moscow Scientific Center named after A.S. Loginov in the Perovo district for 570 beds. The Metropolis company acted as the general designer of the hospital. 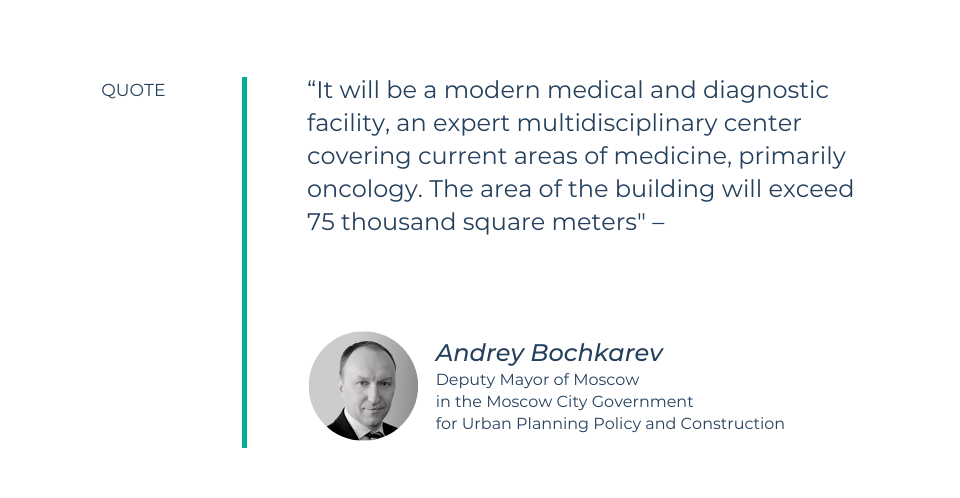 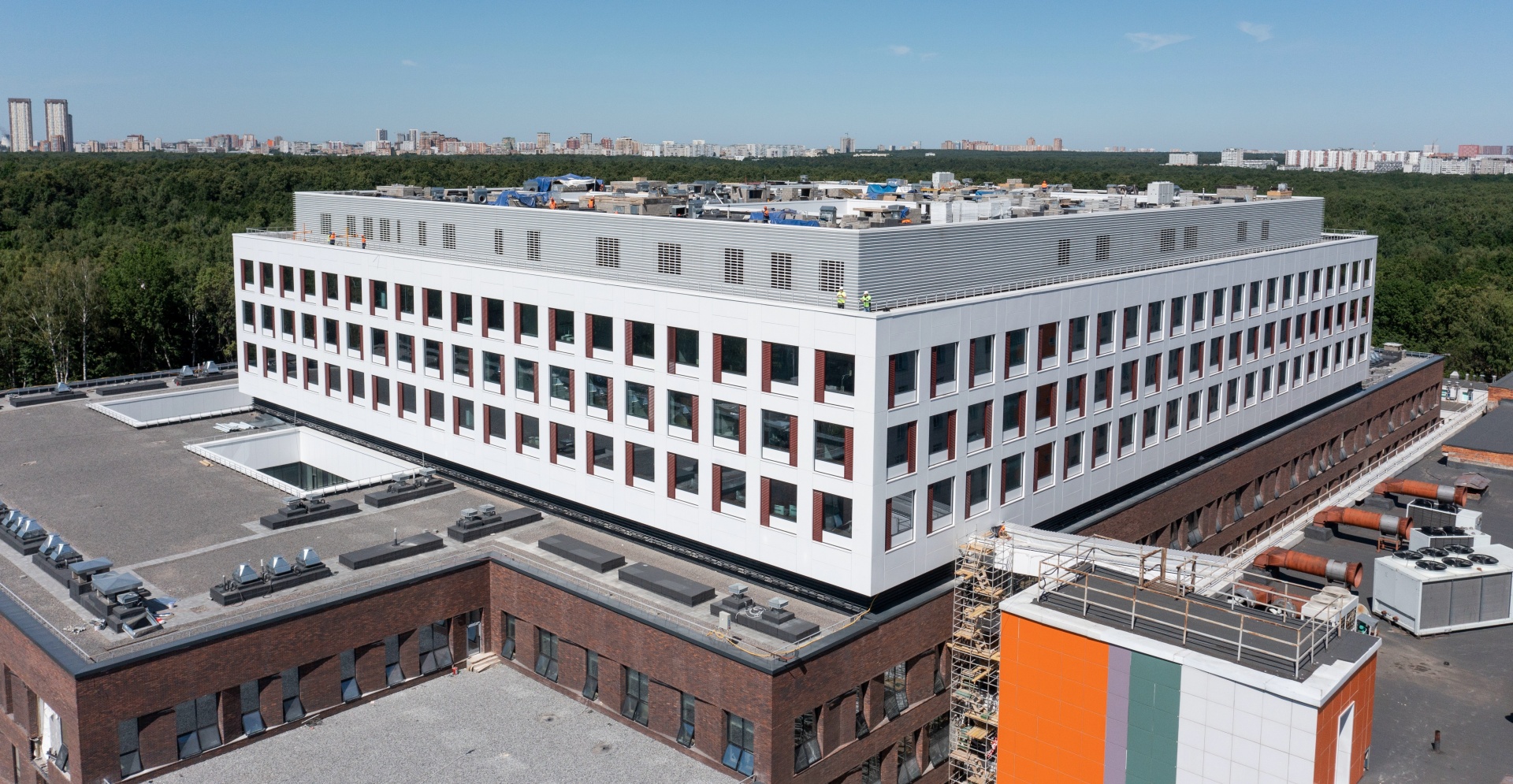 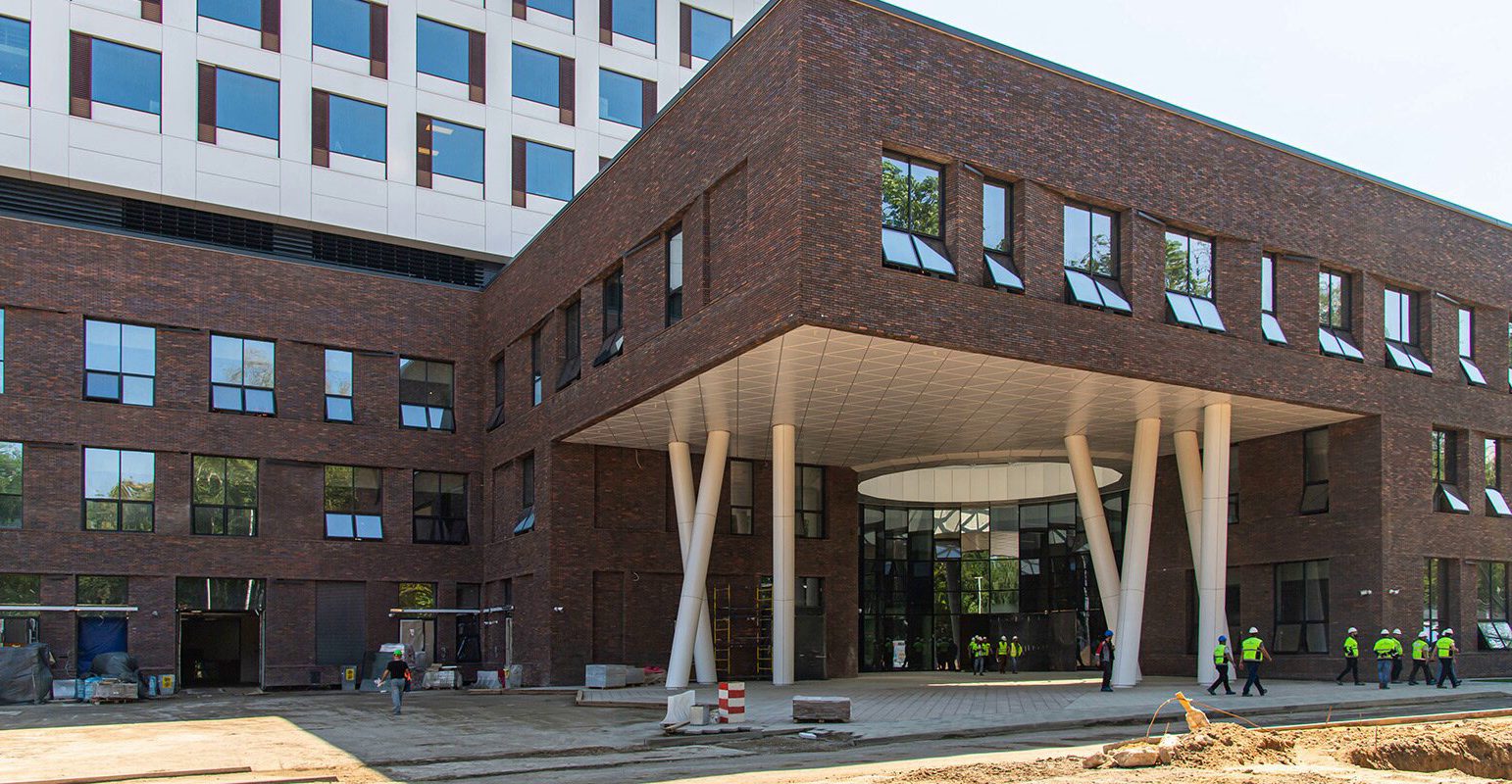 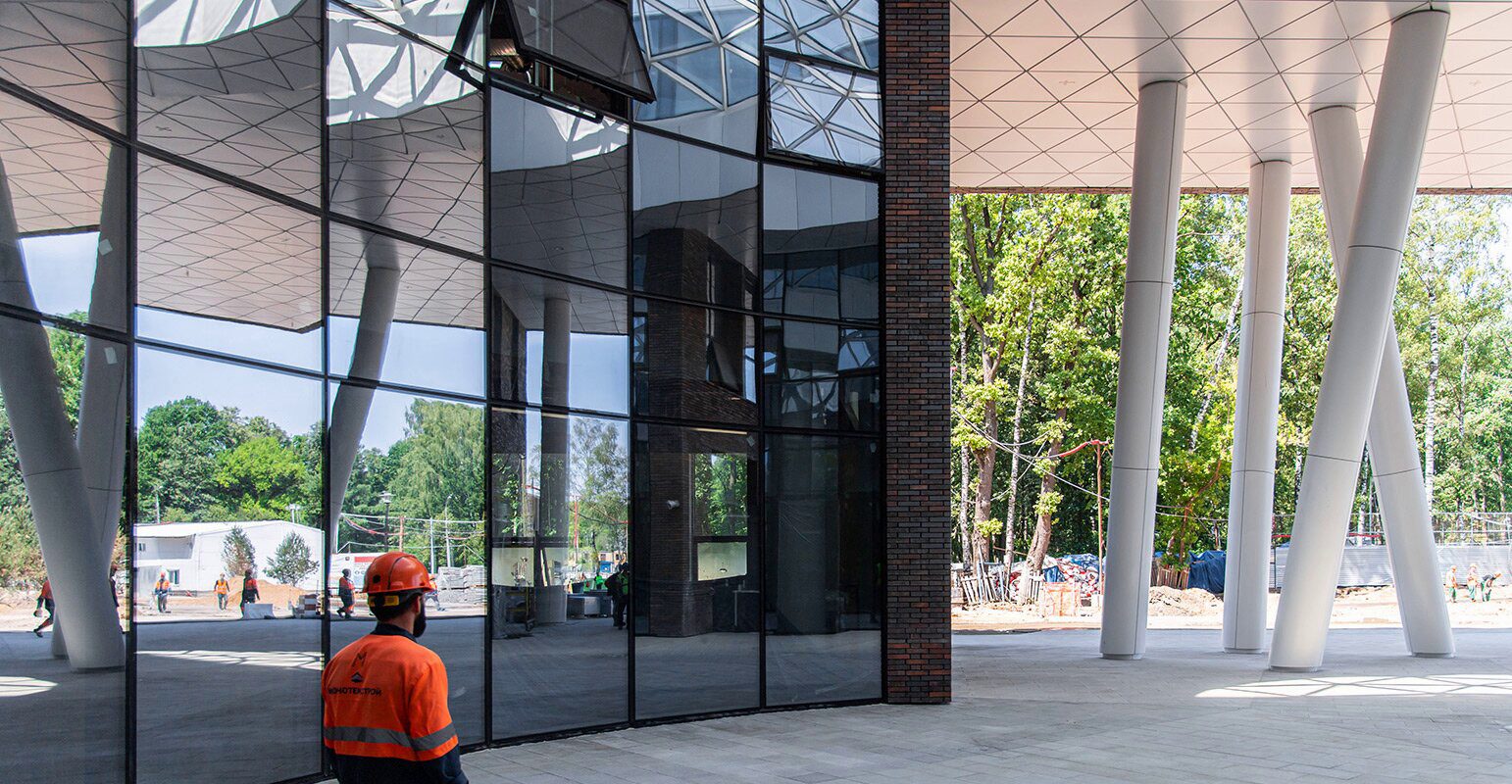 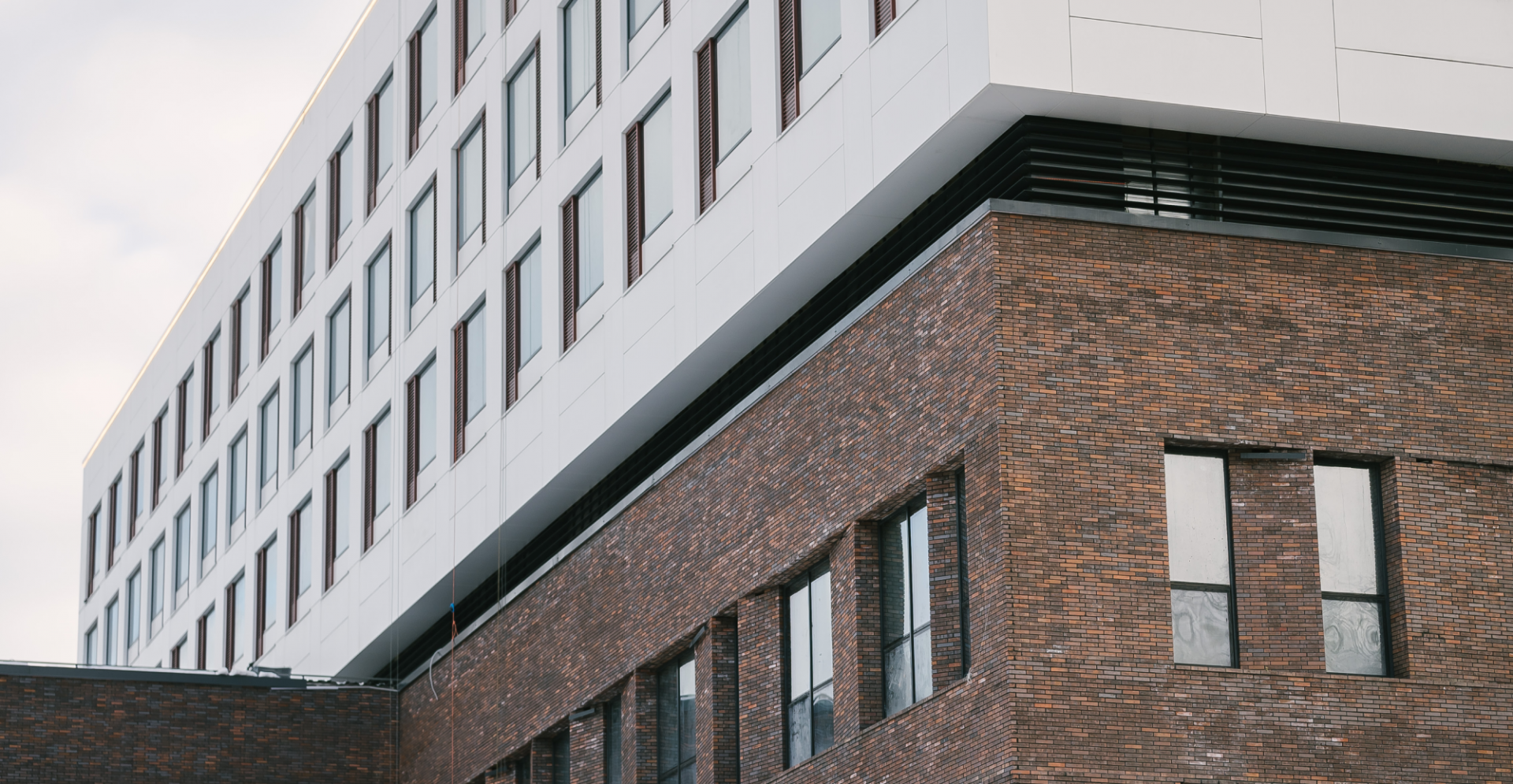 There will be places for a round-the-clock hospital, resuscitation and intensive care beds, daytime and chemotherapy hospital zones.


The wards will have multifunctional beds with electric drive and call buttons for personnel. They are equipped with an air conditioning and ventilation system, a shower and a bathroom. 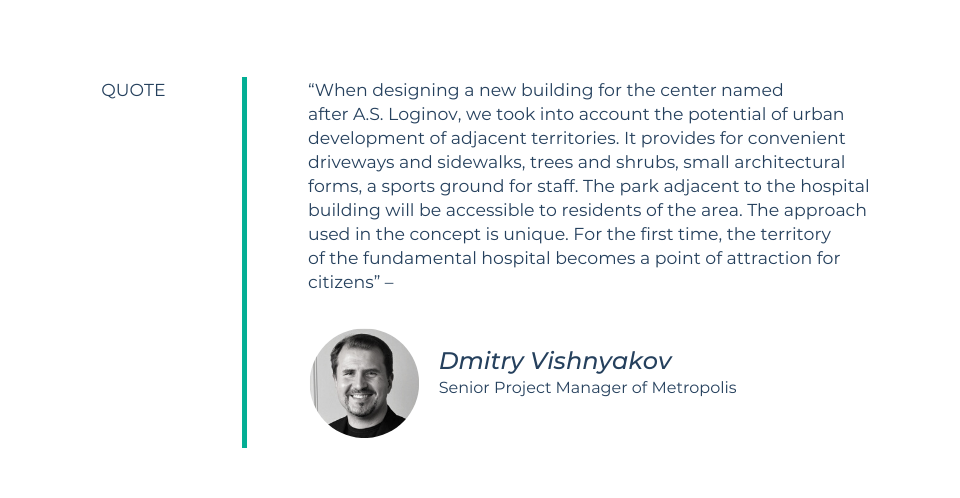 For the project of improvement of the territory adjacent to the hospital named after Loginov the Metropolis company won the environmental award of the Government of Moscow, organized by the Department of Nature Management and Environmental Protection of the city of Moscow. The project won in the category "The best project for the integrated improvement of natural and green areas of the city of Moscow". 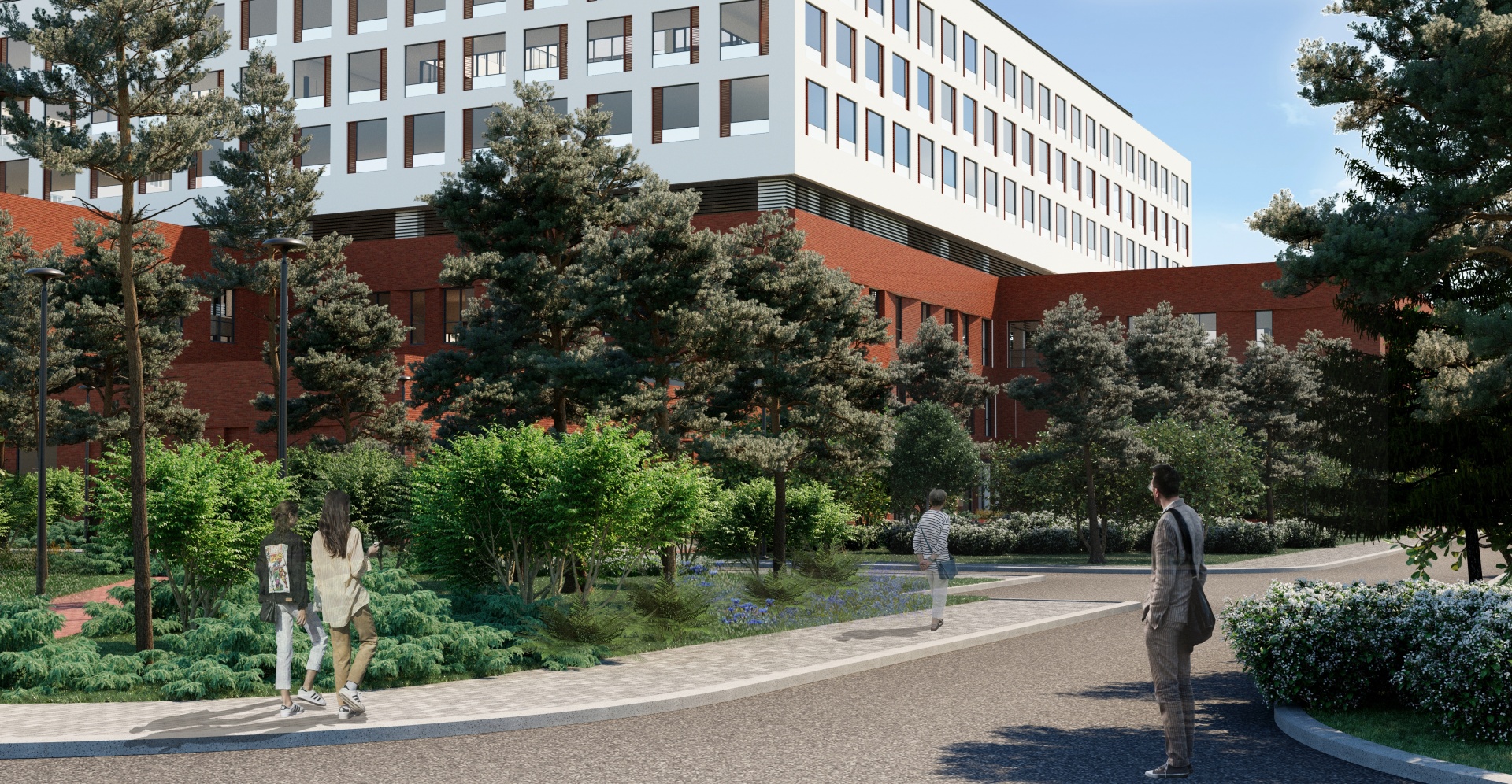 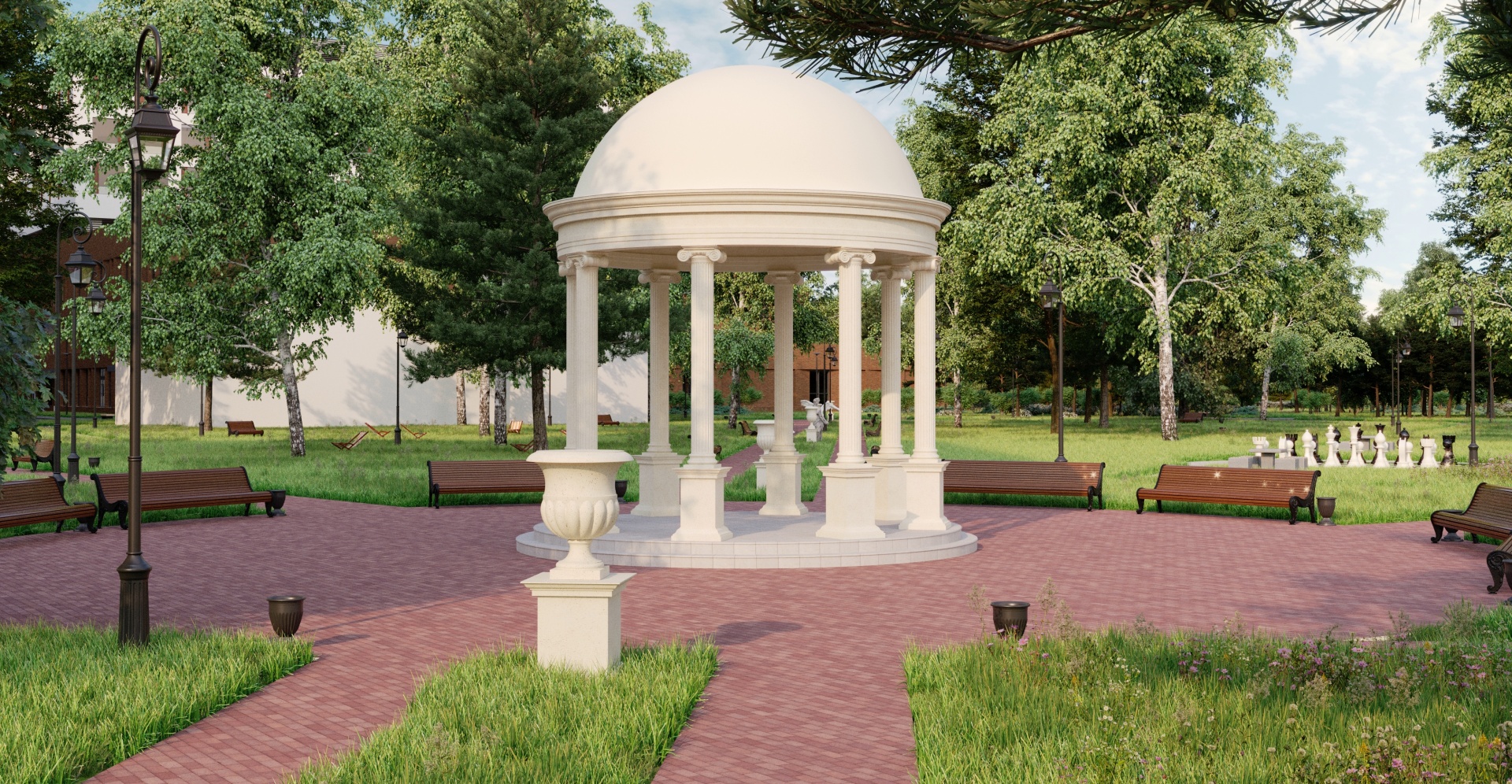 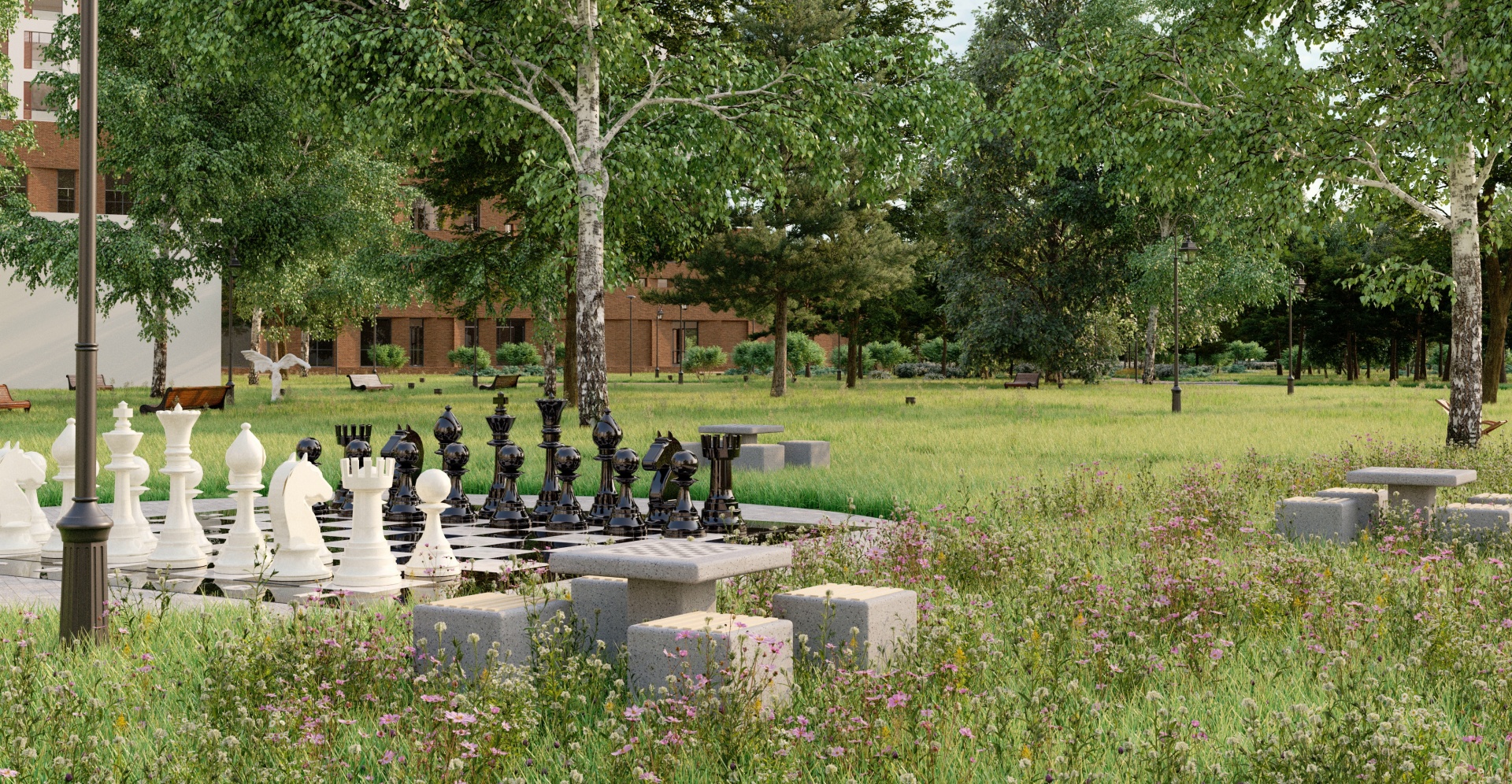 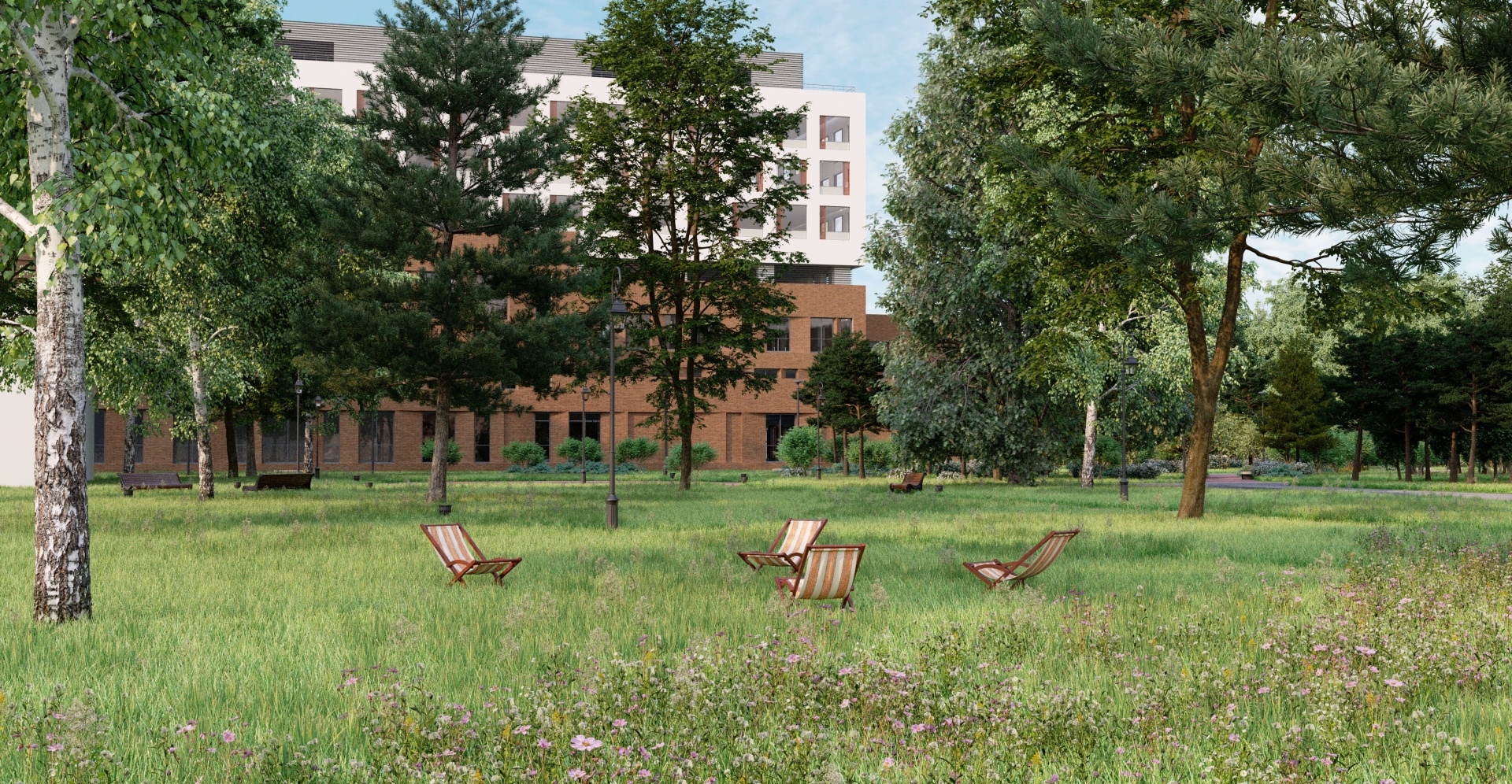 Dmitry Vishnyakov also noted that this is a technically complex facility. Each of the 25 departments and four blocks has a unique functionality with its own requirements for engineering and technological support. Therefore, technological, planning and engineering solutions on each floor differ from each other.


In total, 523 volumes of design and working documentation were developed for the facility. A complex of clean rooms, ventilation systems for spaces with cleanliness classes A and B, ventilation of laboratory blocks and pneumatic mail will appear here.


Medical and Diagnostic Complex of the Moscow Scientific Center named after A.S. Loginov is 90% ready. Construction is planned to be completed in 2022, and it should receive the first patients in 2023. 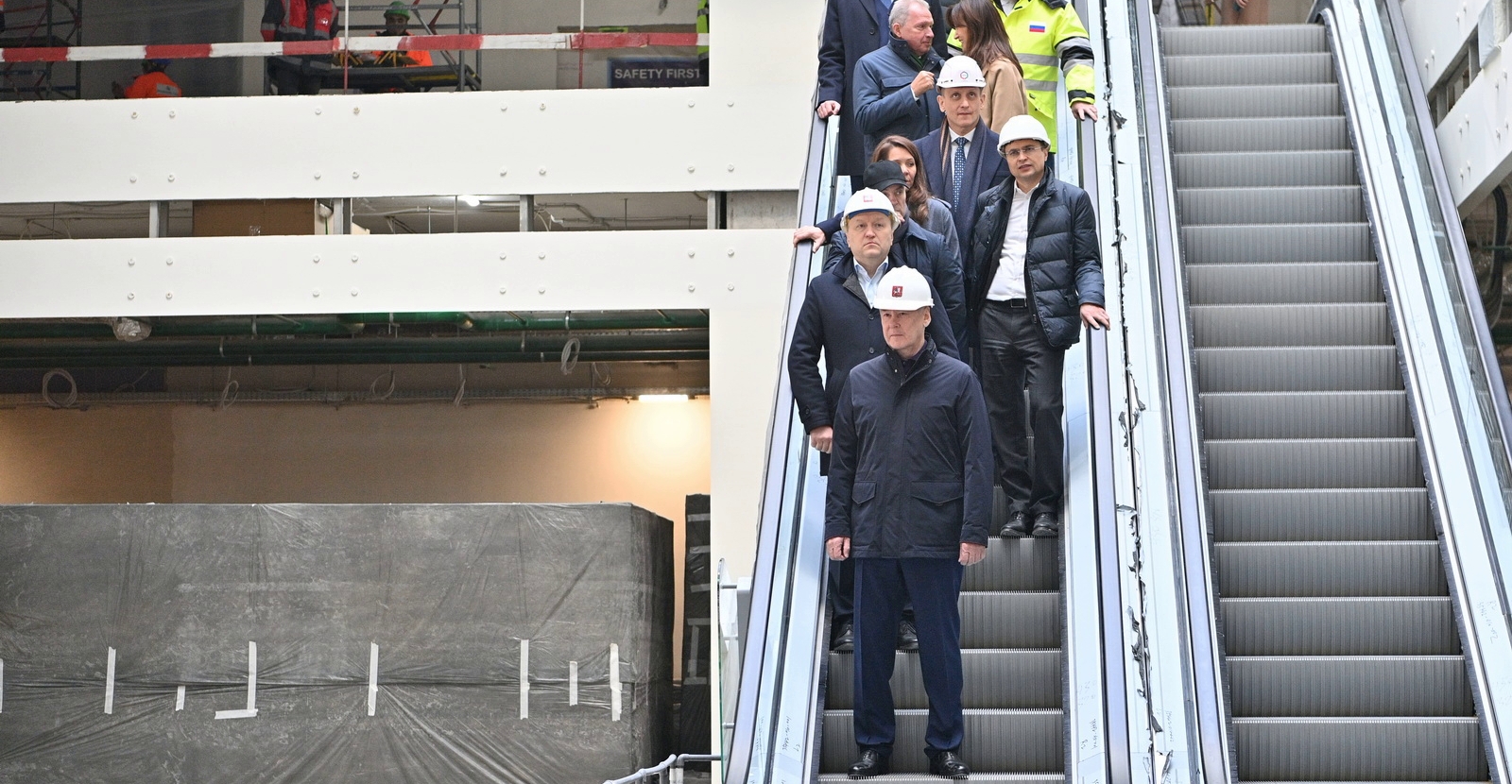 An equally important role among the emerging healthcare facilities is played by emergency hospital complexes, which are necessary when the patient's condition requires emergency intervention.


Places for placement of institutions are chosen so as to minimize the time of delivery of patients from any district of the capital. They will appear in five hospitals.


Ambulance stationary complex in the city clinical hospital named after S.P. Botkin is one of such projects, the general designer of which is also the Metropolis company. Its area will be about 16,000 square meters. It will house a diagnostic department, an emergency operating unit, a radiology department, a small operating room and an intensive care unit for 12 beds. 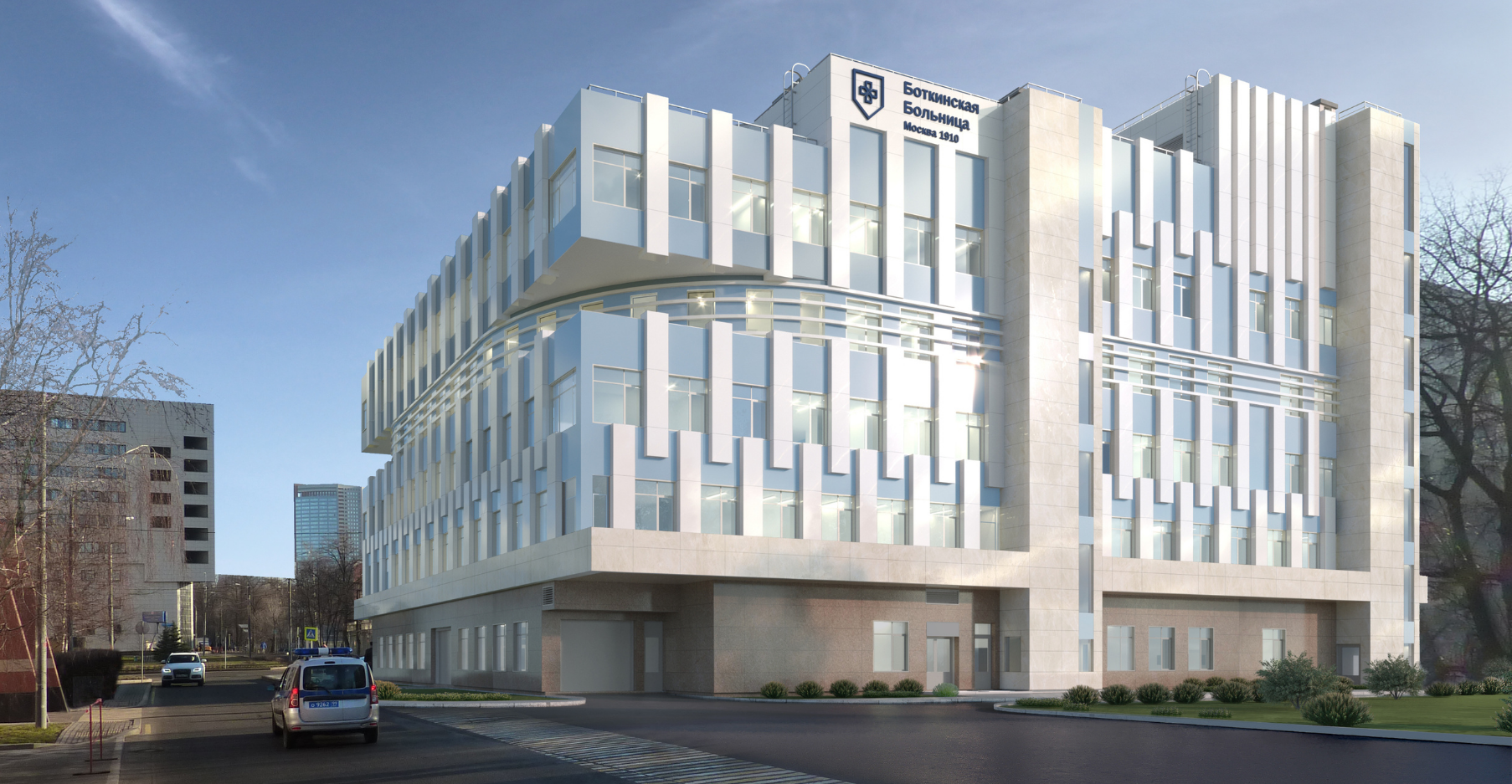 The medical institution will be equipped with 1,300 items of modern equipment. Patients will be delivered not only by ambulances, for which they will organize an entrance heated vestibule, designed for the simultaneous arrival of four cars, but also by helicopters - a landing site will be equipped directly on the roof of the complex.


“Part of the roof of the building is exploitable - it has a helipad for air ambulance, connected to the premises of the seventh floor by a ramp, accessible for transporting a patient on a stretcher. It is intended for occasional use and is not intended for regular flights,” says Dmitry Vishnyakov.


The site will be equipped with a system of lighting equipment to ensure safe operation at night and in conditions of insufficient visibility, as well as meteorological and radio equipment. 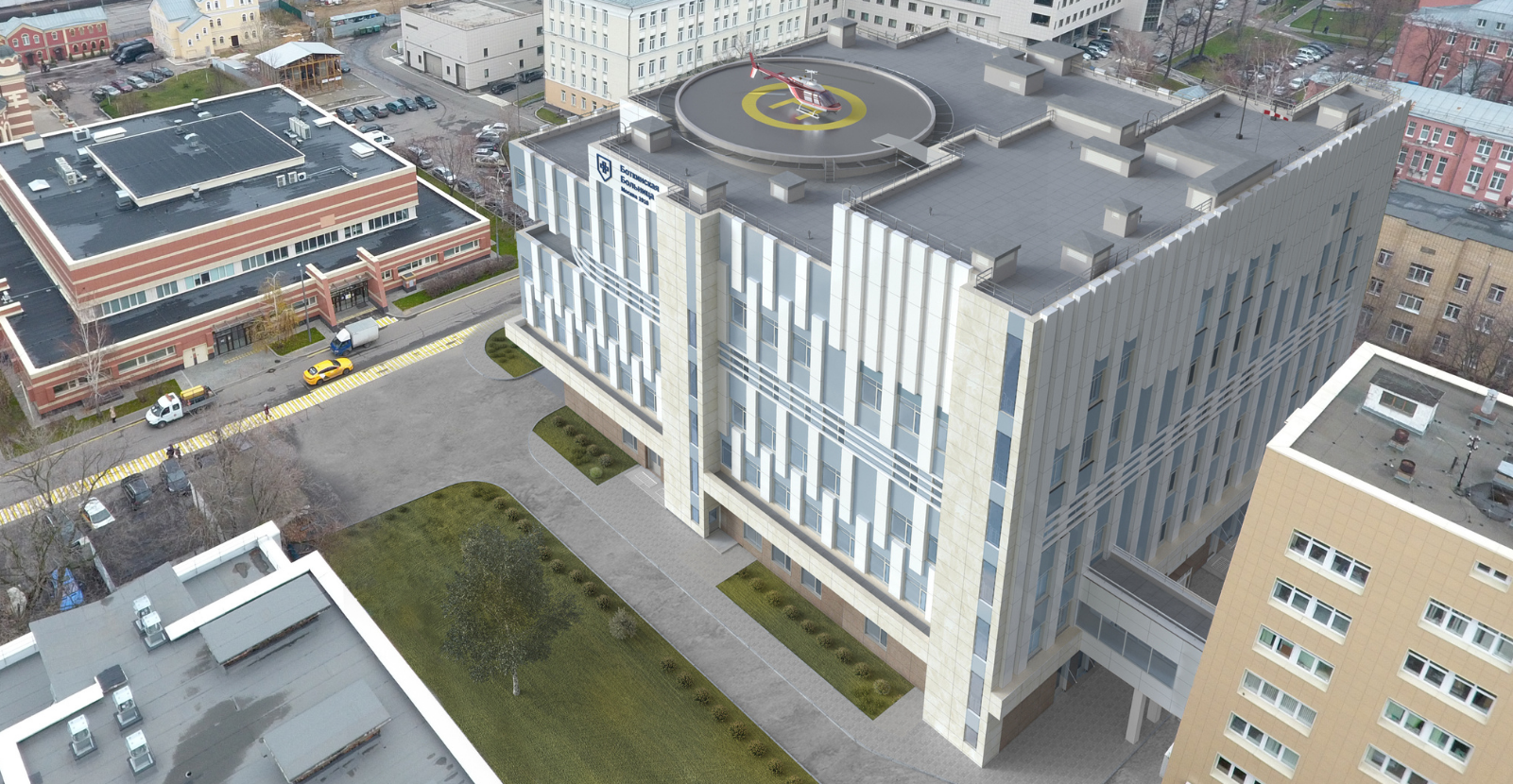 For quick and convenient communication between the floors, taking into account technological features, the building has seven elevators and six lifts for transporting patients, visitors, staff, patients on gurneys, and cargo.


The complex in the Botkin hospital is 65% ready.


Dmitry Vishnyakov emphasizes that when designing institutions that use modern technologies for performing operations, increased requirements for sterility and waste disposal are observed.


Metropolis also develops ventilation and air conditioning sections for healthcare facilities, taking into account the functioning of various medical equipment and the need for exhaust ventilation from laboratories and places with harmful substances and acids.


In addition, special attention is paid to the exclusion of the harmful effects of devices and equipment with ionizing radiation, for which the enclosing structures of the premises where these devices are installed are provided with protective properties. 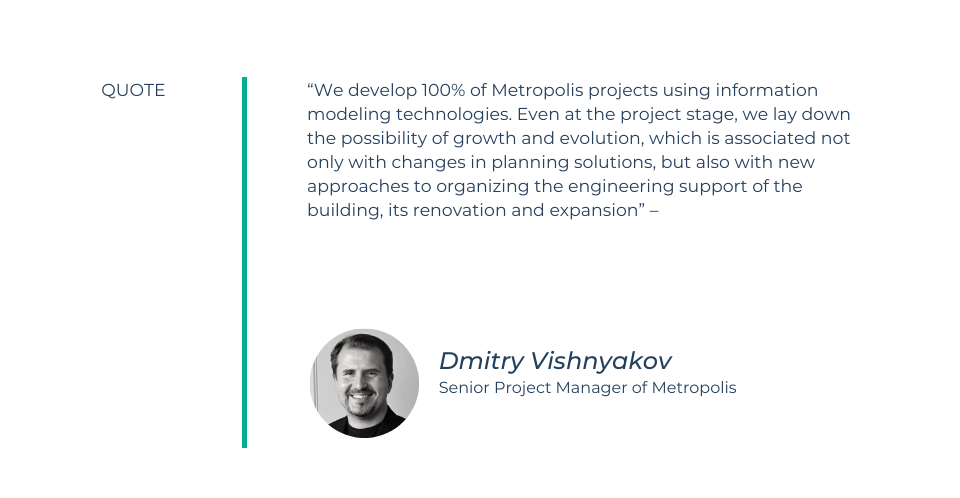 Thus, for the BIM-model of the project of the Moscow Scientific Center named after A.S. Loginov, the Metropolis company took 1st place at the VI All-Russian competition "TEAM LEADERS 2021/22" in the nomination "Information modeling of public facilities".


Read the full article about healthcare facilities under construction in the capital on the portal of the Moscow Construction Complex.

Recruiting professional designers: how to stay ahead of the competition?

100+ AWARDS – Russian Oscars of the engineering and architecture world

Review of December 2021 publications with the participation of Metropolis experts