Ekaterinburg, 1 October 2021
Endorsement by Glavgosexpertiza of Russia is given to The Opera and Ballet Theater in Sevastopol

The Metropolis company is a general designer in this project. Architectural solutions are developed by Coop Himmelb(l)au studio.


It was announced yesterday by RIA NEWS.


Project documentation for The Opera and Ballet Theater in Sevastopol got endorsed by Glavgosexpertiza of Russia. It was announced by the press office of the agency. In the commentary to RIA News Crimea Vice principal of the theater, People's artist of Russia Andrey Uvarov told that he expects the object will start being constructed actively now.


"A positive outcome of the examination is quite a significant, large stage in construction, half the work, as they say. Can’t reply for the builders, but I hope construction will go very actively from now on, as the timescales haven’t been changed", – Uvarov told.


New federal cultural establishment is being built on the instruction of the president as part of the "Culture" national project and should be finished in 2024 in Sevastopol. A general designer of the project is the Metropolis company. According to Uvarov, wishes of the cultural establishment’s management in a number of issues were considered by the experts.


"We tried to make this building with Metropolis as comfortable and suitable for organizing a multitasking creative process as possible. We were not active participants in this process, but we were engaged occasionally for certain consultations regarding professional activities and organization of creative process. In particular, our specialists gave comments on mechanization of the upper and lower stage and explained their decisions", - Uvarov clarified. 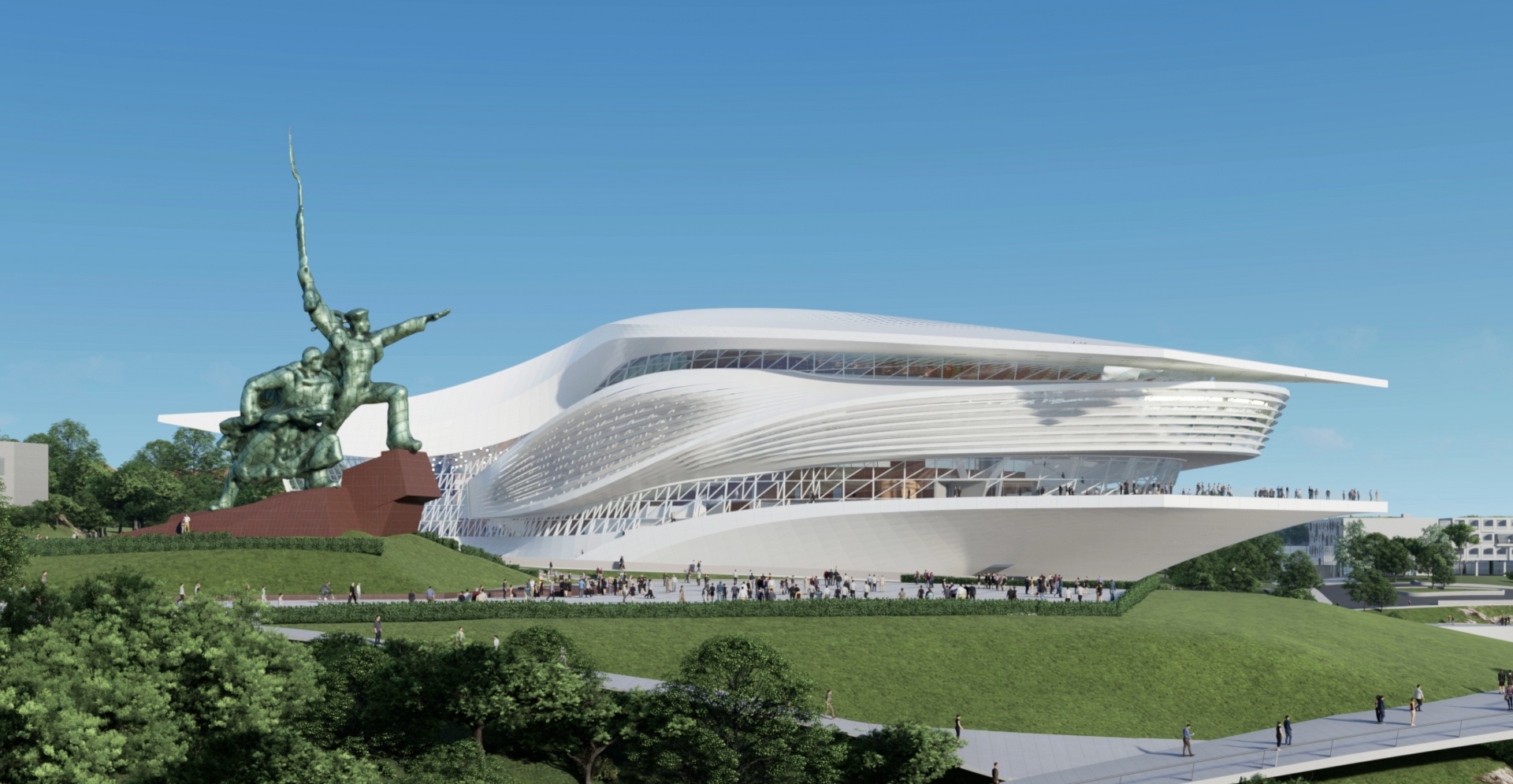 He pointed out that in spite of multiple stories of the building it doesn't look bulky due to local topography it stands on. And the "flying" structure visually makes it floaty.


"The structure is multistorey, but it doesn’t make that impression. If you look at the project and the photograph of the theater – it’s a one-piece monumental, but light image", – he elaborated.


According to the documentation the total floor area of the building with cantilevered open terrace that has a view to the sea will be 60 000 m2.


The first and the second floors of the building will be occupied by rooms for musicians, offices, warehouses and a wardrobe. The third floor will house a main entrance, ticket windows, an entrance hall and a cantina. Alongside there will be a main lobby of a Large auditorium for 1100 viewers and a main stage.


Above there will be a restaurant, and the next floors will contain rehearsal rooms, restrooms for artists, upper circles and other necessary facilities. On the basement level there will be a Small auditorium for 200 seats, a large rehearsal hall for a choir and an orchestra, unloading dock for containers and decorations as well as rooms for theater’s personnel and emergency exits by stairs. Underground levels will be equipped for a parking lot, a theatrical warehouse and a number of service rooms.


A contractor for construction works is AO "ARGO".


The Opera and Ballet Theater in Sevastopol is one of the objects of cultural-educational cluster, which is planned to emerge on the coast between Karantinnaya and Artilleriyskaya creeks in Sevastopol. Total area allotted for its construction is 50 hectares. According to the project, beside The Opera and Ballet Theater there will be the Academy of Choreography, a Museum complex, a house for personnel of the territory’s establishments and a large park.


An ordering customer of the works is a "National cultural legacy" foundation; this organization also finances the project.

Read the article on the RIA News Crimea website.

Do the new buildings meet the requirements for comfortable housing?

Metropolis has been recognized as BIM Leader of the Year in Russia!
contact us