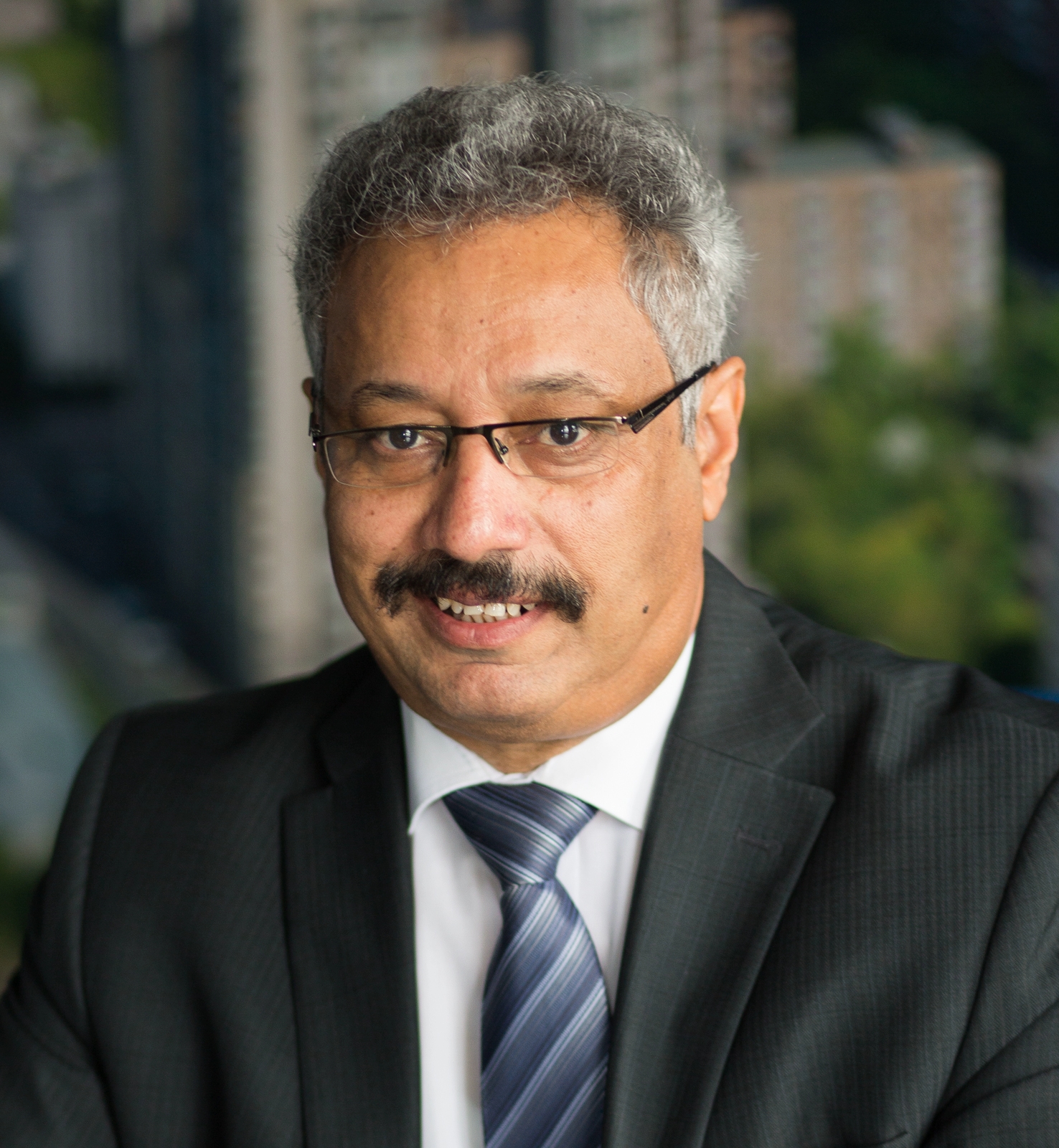 The April issue of Sport Build magazine (No. 3, 2019) contains an article by Mohamed Nasser, Commercial Director of Metropolis, about the reconstruction of the Luzhniki Grand Sports Arena. This brand must always be matched by a modern sports facility that meets international standards.

The key task of the reconstruction of the main arena in Russia was to bring the stadium in line with the latest FIFA requirements before the 2018 World Cup. On the other hand, it was necessary to preserve as much as possible the appearance of the stadium as an icon of national sports - the historical wall and roof. Basically, the requirements of FIFA addressed two aspects: the total area of the stadium (221,000 m2) and the capacity of the stands (81,000 spectators). Thus, the designers faced the most difficult task of fitting all the necessary functions into the existing geometry of the stadium.


GSA "Luzhniki" is located in the center of the Olympic complex of the same name, put into operation near the Vorobyovy Hills on July 31, 1956. In 1998, Luzhniki became the first arena in our country ranked by UEFA as a 5-star European football facility, and on May 22, 2008, the stadium received UEFA elite status, becoming a key sports venue of international importance in Russia. In 2017, the GSA Luzhniki was recognized as the best stadium according to the expert jury of the Stadiumdb.com website. The assessment was carried out according to three parameters: architectural significance, functionality and innovative component. GSA Luzhniki scored 7.84 points out of 10. The stadium entered the list of world leading facilities due to its energy efficiency, modern engineering systems with a high degree of automation, as well as the quality of design and construction.

The reconstruction of the GSA Luzhniki is not a new thing: the stadium was previously rebuilt in 1996-1997 and 2001-2004. However, this time the scale of the work performed has grown significantly. The renovated Luzhniki Grand Sports Arena has a maximum capacity of 81,000 seats, which is 3,000 more than the previous figure. In addition, before the reconstruction, about 10% of the seats in the stadium were in the area of ​​poor visibility. That is why the stands themselves were replaced - now they are located in two tiers at a steeper angle. Moreover, an additional tier of 100 skyboxes appeared. Thanks to these changes, football fans have an excellent view of the field from anywhere in the stands (including the lower and upper rows). Comfortable VIP-lodges for 1,950 people were also added here.


The external appearance of the GSA has been carefully preserved, including the colonnade encircling the stadium, the inner wall, the shape and plasticity of the roof. Behind the historical wall, an inner street was created, the main decoration of which was spectacular cascading staircases that serve as the main routes for the movement of visitors. The only new element on the facade is a frieze in the form of a wide metal ribbon, on which images of symbols of various sports are applied by perforation. The graphic design of this element was developed jointly with the Artemy Lebedev Studio. At a height of 23 meters, an observation deck has been created at the stadium. It is located at the highest level of the stands, and people will be able to freely go there, admire the views of the Vorobyovy Hills, the University and the city center from the Luzhniki Stadium. 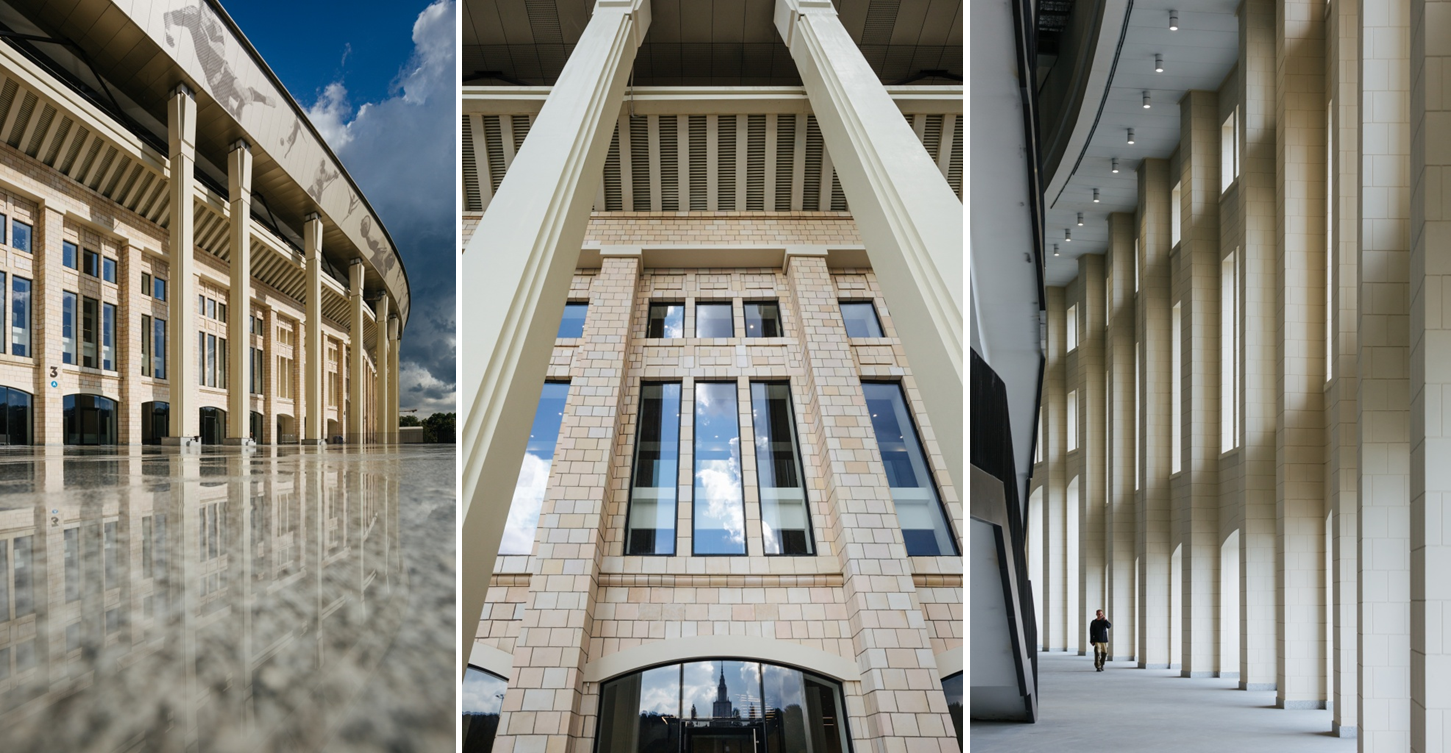 Before the reconstruction, the stadium was multifunctional - it contained sports halls, a hotel. After the work carried out at Luzhniki, this feature was preserved - now a large office center is located in the southern part of the stadium, and a fitness center with a multi-purpose gym and spa is located in the northern part. In addition to football matches, the arena provides for the possibility of transformation for various cultural, entertainment and sports events.


Technical solutions adopted during the reconstruction ensure compliance with BREEAM certification requirements. In January 2018, GSA Luzhniki received the BREEAM Bespoke environmental certificate, which confirms that the facility complies with the highest level of environmental friendliness and resource conservation.

The contribution of the Metropolis company

As for the range of work that Metropolis performed at Luzhniki, they can be divided into two categories: structural and engineering solutions. Structural solutions mainly include reinforced concrete and metal structures.


Engineering solutions include all aspects related to water, air, light, security and communications. Metropolis has also taken the necessary measures to ensure compliance with energy efficiency requirements and equipment of buildings and structures with metering devices for the energy resources used.

Scope of work performed by the company at the facility

One of the most time-consuming tasks during the implementation of the Luzhniki GSA reconstruction project was to preserve the historical facade of the object, which holds a huge roof, while dismantling the structures around it. Minor changes affected only some elements of the facade of the building.


The color scheme of the walls remained familiar to the domestic fans, and the facade of the stadium was decorated with a panel with the symbols of the most striking events in the history of the stadium. Thus, they decided to remind visitors that it was in Luzhniki that hosted the Festival of Youth and Students of 1957, the 1980 Olympics, the 1986 Goodwill Games, numerous world championships in hockey, athletics, rugby, as well as the finals of UEFA Cup and Champions League.


For the Luzhniki football field, made of natural grass, new engineering and technical systems were installed, including drainage, heating, irrigation, monitoring of agrotechnical characteristics, automation and scheduling of maintenance, as well as a protective turf coating. The drainage system, in turn, was combined with subsoil aeration technology, with the help of which excess water is removed from the surface of the football field, and air enters the root zone of the lawn. The applied technologies made it possible to enrich the soil with oxygen, reduce the risk of its decay, and also increase the rate of heating and cooling of the football field itself. The drainage system consists of several layers of sand and crushed stone of various fractions, which create a natural filter that sifts out soil impurities and passes only water into the pipes.

Work on building up the GSA roof canopy took only 2.5 months and was completed ahead of schedule. The builders increased the length of the canopy by 11 m, and the total weight of the assembled metal structures was 460 tons. The need to build up the canopy was due to the FIFA requirements for the 2018 World Cup stadiums. In particular, one of these requirements was the protection of fans from precipitation and sunlight. The existing roof canopy at the Luzhniki stadium could not provide full comfort for the spectators, so it was decided to build up the structure. By the way, according to the original project of 1956, the Luzhniki GSA did not have a canopy at all - it appeared only in 1998 after UEFA banned international football matches in stadiums without such structures over the stands.


The roof was subjected to anti-corrosion treatment, including the cleaning of metal structures from rust and old paint, then a protective anti-corrosion layer was applied to it. After that, a new coating was laid on the roof of the stadium - translucent polycarbonate. This lightweight, impact-resistant material provided the arena with protection from rain and sunlight. 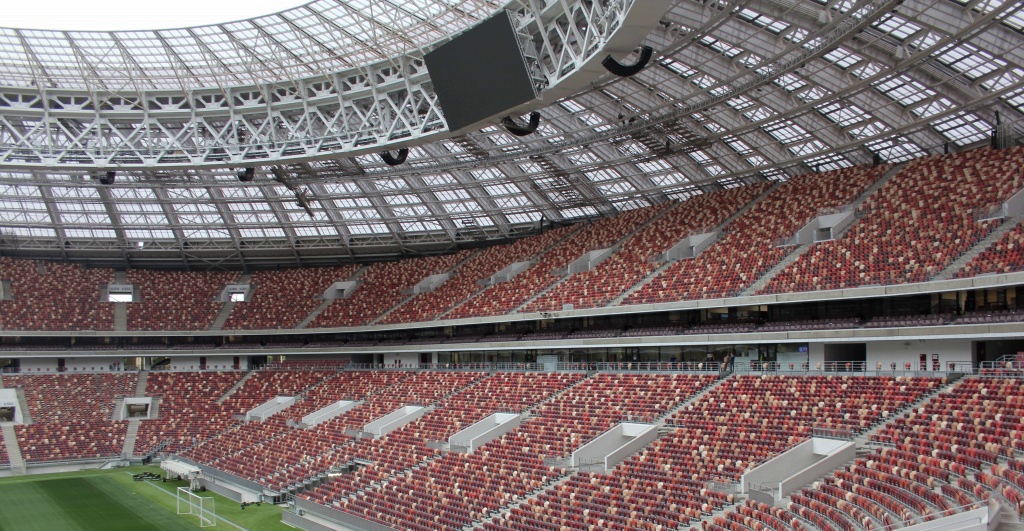 The versatility of Luzhniki is dictated by the historical mission of this iconic sports facility of the Olympic format. The fact that none of the domestic football clubs is currently based in the arena allows it to be used exclusively in the interests of the national team.


For car users, the complex includes 200 parking spaces, and parking lots for 70 buses and 4,000 cars have been placed on the adjacent territory. Unlike the old Luzhniki Stadium, the arena in its new format makes the most of the under-tribune premises, where fitness centers, sports equipment and merchendise stores are already open. The authors of the GSA reconstruction project also took care of the comfort of the athletes: new locker rooms and warm-up halls appeared inside the stadium.

Implementation of BIM is a strategic solution

New ways of interacting with candidates on constructional labour market